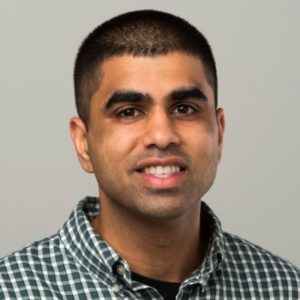 Alok is a Data Science Advocate at Google, where he shows how to use Google Cloud tools for data science, in sports and otherwise. He is a sports analytics expert, and has played a significant role in Google Cloud’s sports-related partnerships, including basketball data-related analysis used during Google’s NCAA Tournament campaigns. Alok joined Google Cloud after 2 years as a data scientist on Google’s Search Ads Metrics team.

Before joining Google, Alok spent 8 years at ESPN, where he contributed significantly to the use of analytical content across all media platforms. As a founding member of ESPN’s Sports Analytics Team, he played an integral role in the development and usage of metrics such as Total QBR and various team rankings across pro and college sports, and eventually helped lead the team as it expanded and increased scope.

Alok is originally from Cheshire, CT, and earned a BA/MA in statistics from Boston University in 2008. He lives in Mountain View, CA, with his wife and son.