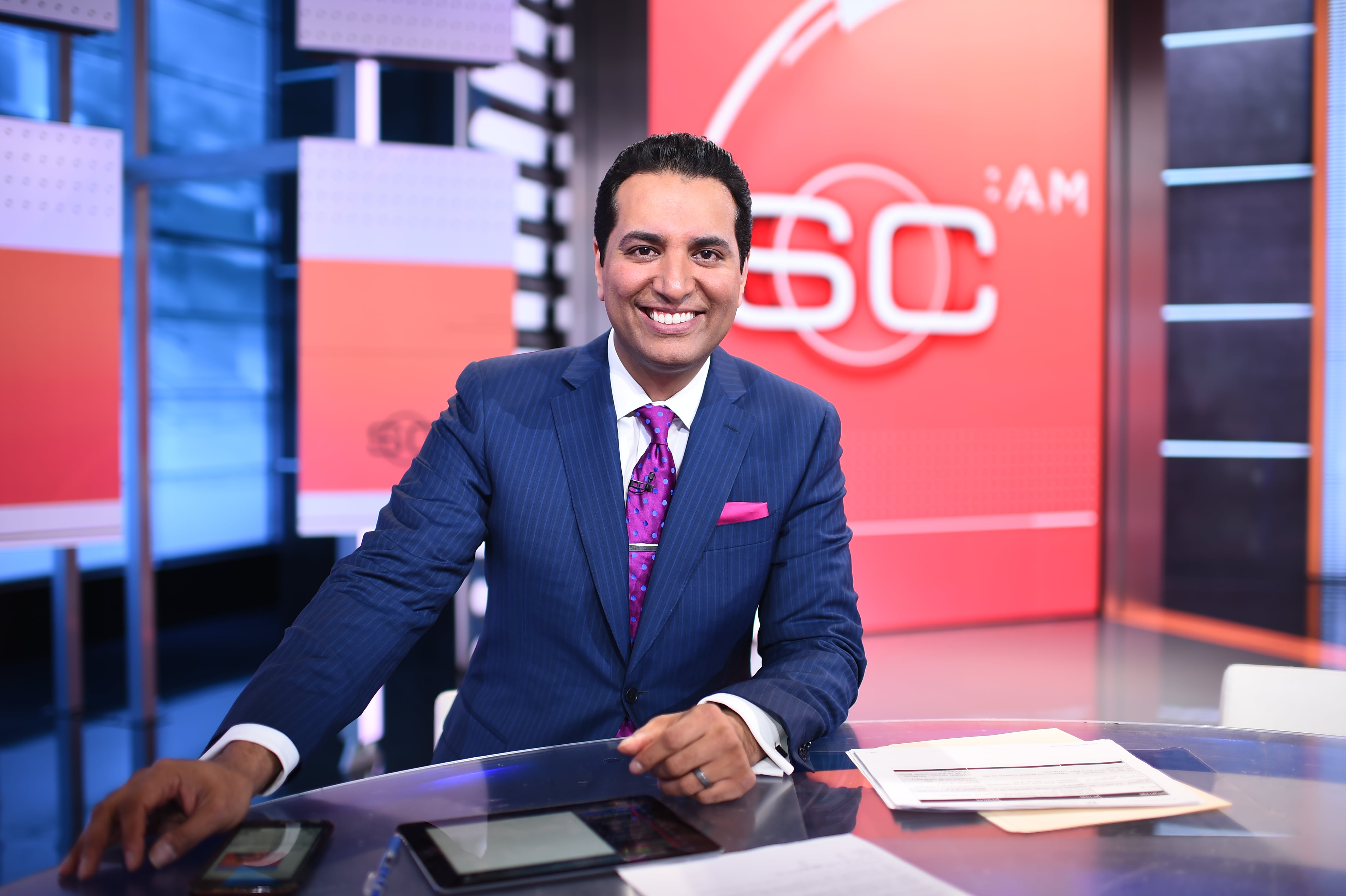 Kevin Negandhi is an anchor for the 6 p.m. ET SportsCenter. In 2017, he joined the ESPN on ABC College Football studio team.

In addition to being a part of an Emmy nominated SportsCenter, Negandhi has hosted NFL Live, Baseball Tonight, Outside the Lines, College Football Live, NBA Tonight and the women’s NCAA basketball Final Four. Negandhi has also hosted the Special Olympics World Games since 2015. He has been a part of special projects that include co-hosting SportsCenter’s Veterans Day specials and in 2015, he was awarded the Team ESPN Disney Volunteer Commentator of the Year. Negandhi joined ESPN in 2006.

Prior to ESPN, Negandhi worked as a sports director at WWSB-TV in Sarasota, FL. While working in Florida, he won three Associated Press awards — “Best Sports Cast” in 2004 and 2005 and “Best Breaking Sports News” in 2005.  Prior to that, he was a sports director for KTVO-TV in Kirksville, Mo. (1998-99).  Negandhi began his career as a college sports stringer at USA Today in 1995.

A native of Phoenixville, Pa., he graduated from Temple University in 1997 with a bachelor’s degree in communications. He was inducted in Temple’s School of Media and Communications Hall of Fame. Negandhi is the first Indian-American to serve on a national sports network.

Phillie Phanatics: How Teams Cultivate and Grow a Passionate Fanbase

The panel will discuss what exactly connects fans so deeply to their teams and what levers teams and fans can pull when engaging with one another.