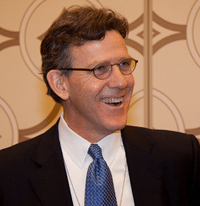 Executive Vice President, Business, MLBPresident/CEO, Major League Baseball Enterprises Tim Brosnan was named Executive Vice President, Business for Major League Baseball in February 2000. In this role, Brosnan oversees all domestic and international business functions of Major League Baseball's Office of the Commissioner, including licensing, sponsorship, domestic and international broadcasting, special events and MLB Productions. In 2002 he was given additional responsibility as President/CEO of Major League Baseball Enterprises, the company that holds the collective business of the 30 Major League Clubs. Among his roles at baseball, Tim spearheads negotiations for all national media rights at MLB and in 2006 struck seven year agreements with FOX and Turner Sports totaling more than $3 Billion. The year prior, under Tim's leadership, an eight year agreement was struck with ESPN for $2. 4 Billion. Brosnan and Baseball achieved unprecedented success in recent years with two other media deals. In 2004 MLB signed the largest non-television media deal in sports with XM Satellite Radio ($650 Million. ) That same year, Brosnan was named by ownership to develop and launch the MLB Network, a planned baseball only cable channel. In 2007 MLB announced in its first phase of negotiations it had reached agreements for the MLB Network to air in nearly 50 million households, making the launch of the Network the most successful of any network in cable television history. The Network went on air in January, 2009 and Brosnan currently serves on its Board of Directors. The MLB Network remains the fastest growing cable outlet on television, adding nearly 20 million homes since its launch. In all, the businesses Tim manages exceeded $1. 3 Billion in revenues in 2010 with retail sales exceeding $3 Billion worldwide. In 2007, Brosnan was named by Business Week as the 46th most influential person in the world of sports. For the past five years The Sports Business Journal has named Brosnan among the "50 Most Influential People in Sports" and he has been named by The Sporting News for the past eleven years as among the "100 Most Powerful People in Sports. " From 2006 through 2011, Irish America Magazine named him to their annual Business 100, a compilation of the top hundred Irish Americans in business. Brosnan currently is a member of the Board of Directors of the Fordham Law Alumni Association and several of its fundraising arms. In 2011, Brosnan was named to the Board of Regents at Georgetown University. He also serves on the Board of Directors of the Baseball Tomorrow Fund and was appointed by Mayor Michael R. Bloomberg to serve as a member of the Sports Development Corporation for the City of New York. He is a member of the Board of Directors of the Partnership for a Drug Free America. He is a former member of the Mental Health Association, the New York City Bar Association Sports Law Committee and of the Board of Directors of Fordham Preparatory School. Brosnan is a founder and Board Member Emeritus of the George Jackson Academy, a private non-profit school for underprivileged, gifted children. He earned a BA from Georgetown University where he was a four-year player and captain of the baseball team and a JD from Fordham University School of Law. Tim and his wife, Claire O'Brien, have three children and reside in Westchester County, New York.