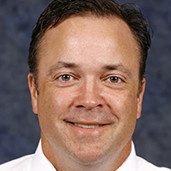 Thaddeus "Tad" Brown enters his 12th season with the organization, and his eighth as Chief Executive Officer of the Houston Rockets and Clutch City Sports & Entertainment. Brown oversees all facets of the organization's business operations relating to the Rockets and Toyota Center. He also works with Owner Leslie Alexander to set strategic goals and analyze future growth opportunities for the franchise, and serves as Alexander's representative and Alternate Governor on the NBA Board of Governors. During his tenure, Brown has been instrumental in forging strong relationships with community leaders, as well as developing and building the organization's key partnerships. The business team has thrived under Brown's guidance, setting Toyota Center records for sellouts, attendance, total events and customer satisfaction. His efforts to make the organization an industry leader in customer service and convenience also led to the introduction of Flash Seats, an innovative paperless ticketing system that allows season ticket holders and concert goers the ability to manage their tickets online. Brown was integral in securing the 2013 NBA All-Star Game for Houston, as well as the 2006 midseason classic, making Toyota Center the first NBA building to have two All-Star Games over just a seven-year period. Under Brown's guidance, Toyota Center was also the first professional sports facility in Texas to receive a LEED Certification from the U. S. Green Building Council (USGBC), and the Rockets and Toyota Center were one of only 11 local organizations, and the only professional sports team, to be recognized as a Proud Partner by Keep Houston Beautiful on Oct. 31, 2011. Brown has also served as the driving force behind the franchise's strong community outreach efforts, which have focused on charitable giving, as well as hundreds of hours of community service. He is an active member of the Houston community, serving on the Board of the Greater Houston Partnership's Opportunity Houston Committee, the Board of Central Houston, the Boys & Girls Clubs of America, and serves as the Acting President of Houston Children's Charity. Before moving into his current role on Oct. 30, 2006, Brown served as Senior Vice President of Sales, Marketing & Broadcasting. During that time, he was responsible for the highly successful integration of the team's Corporate Development, Marketing, Ticket Sales, Suite Sales, Media Relations, Broadcasting and Community Relations Departments. Prior to joining the Rockets, Brown was a Founder, and ultimately, President of Streetball Partners International. He worked closely with NBC Sports and the NBA for over a decade to build Streetball into the largest global grassroots basketball property in the world. Brown managed all sales, marketing, sponsor service, licensing and new business initiatives for Streetball. He oversaw Streetball's growth from a staff of 10 to over 250 employees worldwide during his tenure. Brown is a graduate of Colgate University, where he was a four-year starter and three-year captain of the varsity basketball team. He and his wife, Janice, have four daughters.