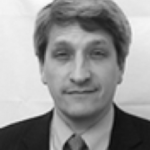 Randy has over 25 years of investment banking experience in both public finance and corporate finance. From 1990 to 1998, Randy was an Executive Director in Morgan Stanley's Public Finance Department. During that time, he acted as senior banker on over $5 billion of lead managed transactions for the firm. His experience during this time included lead managed tax-exempt and taxable financings for sports and entertainment facilities such as the Ballpark at Arlington, Raymond James Stadium, HSBC Arena, Delta Center and Foxwoods Casino. From 1999 to 2008, he worked in corporate finance for both Morgan Stanley and Societe Generale. During this period, he acted as lead banker on financing and M&A transactions in the sports industry in excess of $8 billion that included financing of the Staples Center, advising Robert McNair on the acquisition of the Houston Texans, the sale of the Montreal Canadiens hockey club and Texas Rangers baseball club, providing acquisition financings for the purchase of the Boston Celtics and Manchester United and project financings for Wembley Stadium in London and the Sun Life Stadium in Miami, Florida. Since returning to Morgan Stanley in 2008, Randy has worked on a number of sports transactions including a $700 million refinancing of debt in Houston, Texas related to Minute Maid Park, NRG Stadium and the Toyota Center, completion financing for the New Yankee Stadium, the financing of a stadium expansion of Heinz Field in Pittsburgh, Pennsylvania, the recapitalization of the Pittsburgh Steelers, the sale of the Buffalo Bills, a multiple refinancings for the Boston Celtics and the restructuring of all privately financed arena debt for the Phoenix Suns. Randy is a graduate of the University of Utah and Columbia Business School.