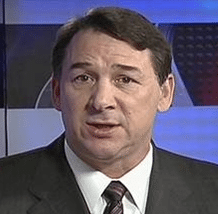 Studio Analyst, NHL on NBC & NESN Former NHL player, coach and GM Mike Milbury is the studio analyst for NBC's NHL "Game of the Week. " Milbury works alongside Pierre McGuire, NBC's inside the glass reporter and studio host, for the live, on-location, studio show. The NHL on NBC crew is rounded out by Mike "Doc" Emrick (play-by-play) and Eddie Olczyk (analyst). Milbury is also an NHL studio analyst for NESN in Boston and TSN in Canada. Milbury played 11 seasons in the NHL, all with the Boston Bruins. After breaking into Boston's lineup at the end of 1975-76 season, Milbury remained a defensive stalwart through the 1986-87 season. Following his playing career, Milbury served as head coach for Boston's minor league affiliate - the Maine Mariners - and became Bruins head coach in the 1989-90 season, leading his team to the Stanley Cup Final in his rookie season. After coaching the Bruins in the 1990-91 season, Milbury went to the New York Islanders, where he served as head coach until 1999 before being named General Manager and Senior Vice President of the team. Milbury also served as an NHL studio analyst for ESPN in 1994-95. Milbury scored 49 goals, recorded 238 points, and spent 1,552 minutes in the penalty box in 754 career games with the Bruins. A Boston native, Milbury played college hockey for Colgate University before signing with his hometown team in 1972-73. He represented the United States in the inaugural 1976 Canada Cup.