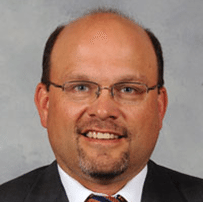 General Manager & Alternate Governor, Boston Bruins Peter Chiarelli is in his fifth season as the team's General Manager, becoming just the seventh man in club history to hold that position when he was named to the post on May 26, 2006. He is in charge of every aspect of the team's hockey operations and also serves the club as an Alternate Governor on the NHL's Board of Governors. He officially began his position in Boston on July 8, 2006. Chiarelli's vision for the Bruins has from the start involved a team blending youth with experience, speed with physical play and character on and off of the ice. His template in building the Bruins is based on moves that help the club not just for the present but for long term success toward his goal of a Stanley Cup championship in Boston. That strategy has led to an amazing 40-point improvement from year one to year three of his tenure. He was honored by The Sporting News as their 2008-09 NHL Executive of the Year, as that season's edition compiled the third-best record in club history at 53-19-10 and 116 points, which was the top record in the Eastern Conference and second overall in the league. The club has advanced to the second round of the playoffs in each of the last two seasons, their first consecutive-year second round berths since 1991 and 1992, and his off-season moves were aimed at continuing that progression. His overall record as the team's General Manager stands at 168-119-41, a . 575 win percentage. Chiarelli came to the Bruins following seven seasons with the Ottawa Senators, five as their Director of Legal Relations and two as Assistant General Manager. He was involved in all aspects of that team's hockey operations, including contract research and negotiations, salary arbitration and all player personnel matters. He was also involved in overseeing Ottawa's top developmental affiliate, the Binghamton Senators of the American Hockey League. The Senators had four 100+ point seasons during his tenure, never finished below 94 points and they finished with the League's top record in 2002-03 and the best record in the Eastern Conference in 2005-06 with 113 points in each of those seasons. A native of Ottawa, Ontario, Chiarelli played four seasons of college hockey at Harvard University, where he served the team as captain. He had 21 goals and 28 assists for 49 points with 70 penalty minutes in 109 career college games and earned his degree in Economics in 1987. He obtained his law degree from the University of Ottawa. He was admitted to the Ontario bar in 1993 and spent six years as a lawyer and player agent prior to joining the Senators front office. Chiarelli (pronounced shuh-RELL-ee) and his wife Alicia have two children, daughter Talia and son Cameron.