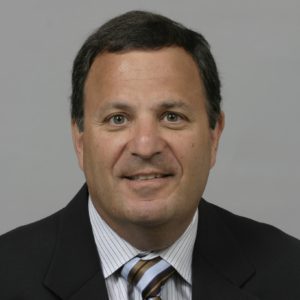 Mike is a former 30-year NFL front office executive, having worked for two Hall of Famers in Bill Walsh and Al Davis and one soon to be enshrined, Bill Belichick. Mike has served various roles in the front office and coaching staff from area scout to Pro Personnel Director, to Assistant to the Head Coach and finally to GM of the Cleveland Browns. Mike has been a part of some of the most successful drafts in NFL history. In his time in an NFL draft room, he watched Bill Walsh trade up the draft board to acquire Jerry Rice. In 1986, he assisted Walsh in becoming one of the first executives to substantially trade down to collect draft picks, which then resulted in what many consider to be one of the finest all-around NFL drafts. In that draft, the 49ers selected 7 starters that played pivotal roles in their Super Bowl teams as well as HoFer Charles Haley in the fourth round. Today Mike works for Bill Simmons and The Ringer, commenting on all things NFL related.