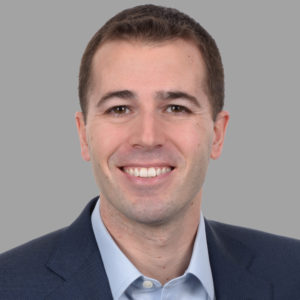 Joe Ruggiero is Vice President of Strategy & Business Development for the NFL’s Partnerships business. In his role, Joe is responsible for overall strategy for the Partnerships business, including setting growth strategy, driving research and analytics, developing business opportunities, and negotiating key partnerships.

In his six years at the NFL, Joe has led or supported over twenty-five NFL partnership negotiations, including partnerships with Amazon Web Services, Caesars Entertainment, Ford, Hyundai, Intel, Lowe’s, Microsoft, Nationwide, Pepsi, Pizza Hut, and Verizon, amongst others. His team has helped to grow several key NFL platforms, including the Pepsi Super Bowl Halftime Show, the NFL’s partnership with Amazon Web Services on Next Gen Stats, and the NFL’s partnership with Nationwide on the Walter Payton NFL Man of the Year Award.

Joe joined the NFL in 2013. Previously, Joe was an Engagement Manager with McKinsey & Company, focusing on strategy and corporate finance. He began his career at Navigant Consulting. Joe received his MBA from New York University in 2008 and undergraduate degree from Georgetown University in 2002. Joe lives in New Jersey with his wife Lauren and four children Samantha, Charlotte, Joe IV, and Audrey.

With most aspects of our daily lives featuring advertising or sponsorships of some kind, it is increasingly difficult for brands to quantify and attribute the value that they get out of specific sponsorships.