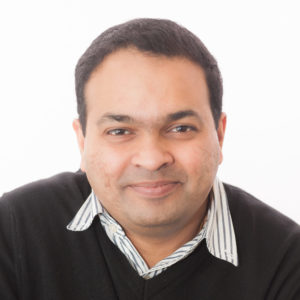 Rahul Kadavakolu is Executive Director of the Global Branding & Marketing Department at Rakuten, Inc. He joined Rakuten in 2016 to help lead and drive Rakuten’s global brand and marketing strategy including all sports and entertainment partnerships.

He has been instrumental in Rakuten signing partnerships with FC Barcelona, Golden State Warriors, NBA, and Spartan Race, to name a few. He also led the charter of signing top sports athletes like Stephen Curry, Andrés Iniesta and Lukas Podolski as Rakuten’s Brand Ambassadors including creating a strong association with Stephen Curry’s recently launched ‘Underrated Tour’ that brings to life Rakuten’s brand promise of ‘Optimism’ and ‘Empowerment’.

He has over 17 years of global marketing and branding experience across various industries with a focus on IT, internet services and technology sectors. Prior to Rakuten, he held leadership roles at Wipro, Ogilvy and Hakuhodo. He received a Bachelor’s in Commerce from Loyola College, Chennai, India and is an avid cricket fan.

With most aspects of our daily lives featuring advertising or sponsorships of some kind, it is increasingly difficult for brands to quantify and attribute the value that they get out of specific sponsorships.