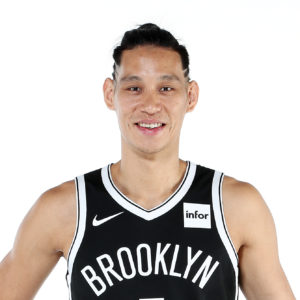 A Palo Alto native, Jeremy Lin is a guard for the Brooklyn Nets and is the NBA's first American-born player of Chinese or Taiwanese descent. Prior to his NBA career, Lin played four seasons at Harvard and was an All-Ivy First Team selection two times (2009, 2010). In February 2012, two years after going undrafted in the NBA Draft, Lin's rise to prominence spread like wildfire. His incredible performance for the New York Knicks, commonly known as "Linsanity," made him an overnight sensation. Lin scored a historic 136 points in his first five career starts. His magical run included scoring 38 points against Kobe Bryant and the Lakers, 28 points on the defending champion Mavericks, and 27 points and a game winning three-pointer against the Raptors. Lin has played with the Warriors, Knicks, Rockets, Lakers, Hornets and most recently signed with the Nets as a free agent in 2016.