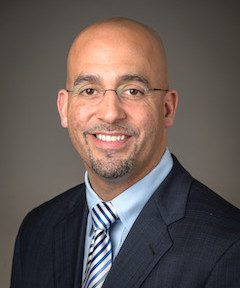 Head Football Coach, Penn State University @coachjfranklin James Franklinis the head football coach of Penn State University. A Langhorne, Pa. native, Franklin is one of the nation's most successful and dynamic coaches. He was named the 16th head coach of the storied Nittany Lion football program on January 11, 2014. During his inaugural season, Franklin became just the third first-year Penn State head coach to win at least seven games, and just the second to begin the season with a 4-0 record, capped by a comeback victory over Boston College in the New Era Pinstripe Bowl. As a head coach, Franklin has guided his teams to four consecutive bowl berths, winning the last three. Franklin led Vanderbilt University to unprecedented success as head coach from 2011-13, winning nine games in each of the last two years, finishing in the Top 25 and winning bowl games in consecutive seasons, all for the first time in school history. Franklin was a four-year letterman at quarterback and a two-time All-PSAC selection at East Stroudsburg. He set or tied 23 school single-game, season or career records at ESU and was a Harlon Hill Trophy nominee as the NCAA Division II Player of the Year.