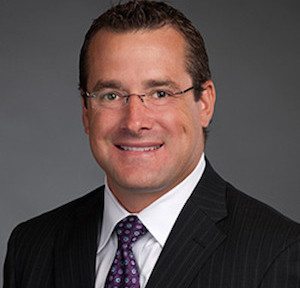 College Football Analyst, ESPN @TomLuginbill Former collegiate and Arena football star Tom Luginbill joined Scouts Inc. in 2002. When the NFL-based company was purchased by ESPN, Luginbill was promoted to national recruiting director. He provides in-depth recruiting analysis for top collegiate football prospects on ESPN. com as well as on air analysis across ESPN networks for high school football recruiting and college football, including sidelines on the commentary team of Dave Pasch and Brian Griese. Luginbill has an extensive background in professional football as well as talent evaluation and has served in various scouting capacities since 1996. As a player, Luginbill set the all-time national junior college record for passing while playing for Palomar Junior College in San Diego in 1992 and '93 when Palomar won the JUCO National Championship with an 11-0 record. He became one of the most highly recruited junior college players in the nation before transferring to Georgia Tech. After one season as the starter for the Yellow Jackets and the firing of Georgia Tech coach Bill Lewis, Luginbill transferred to Division I-AA Eastern Kentucky. Luginbill was named the ACC newcomer of the year in 1994 and was graduated from Eastern Kentucky with a bachelor's degree in sociology. He also received a master's degree in physical education from Marshall University in 1999. Luginbill then signed with the Texas Terror of the Arena Football League (AFL) for the 1996 season and played for the Florida Bobcats in 1997. After two seasons playing quarterback in the AFL, he turned to coaching. In 1996 and 1997, Luginbill was an assistant coach/player personnel for the Amsterdam Admirals of NFL Europe. In 1998, he came back to the AFL. He was quarterback coach and offensive coordinator with the New York City Hawks for one season, before going to Nashville to coach special teams for the Kats in 99. For the 2000 season, Luginbill got his first head coaching position in the Arena Football League 2 at the age of 25, where he coached the Tennessee Valley Vipers to the Arena Cup Finals in their Inaugural season. Luginbill took a chance and signed on as the offensive coordinator and quarterback coach of the Los Angeles Xtreme in 2001. The Xtreme went on to win the championship in the XFL's only season. Luginbill coached league MVP Tommy Maddox, who went on the following year to become the NFL Comeback Player of the Year with the Pittsburgh Steelers. Luginbill returned to the AFL as the offensive coordinator for the Dallas Desperados in 2002. He would then coach the Detroit Fury of the Arena2 league for his final two seasons of coaching. He began as the offensive coordinator in '03, and became head coach and head of player personnel in 2004. As head coach, Luginbill rebuilt the team from the ground up and turned around the team from a 1-13 season to 8-8. He also led the Fury to their first-ever playoff victory. Luginbill has also worked with the likes of Kurt Warner and Jake Delhomme. Beginning in 2002, during the off season in Dallas and Detroit Luginbill began scouting part time as a pro evaluator for the NFL free agency, NFL Europe, CFL and Arena Football League. After his last season with the Detroit Fury in '04 he became a full-time scout before joining Scouts Inc.