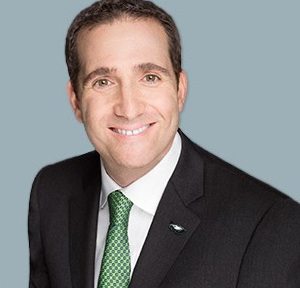 Executive Vice President of Football Operations, Philadelphia Eagles Howie Roseman is in his 15th season in Philadelphia and his fifth as the Eagles general manager after being promoted to his current post on January 29, 2010. Roseman spent the previous two seasons as the team's vice president of player personnel. Known as one of the most aggressive general managers in the league, Roseman has earned a reputation for seeking any edge he can find to field the best team. Roseman oversees the college and pro scouting departments, the team's medical, equipment, video and player development staffs, while serving as the steward of the salary cap. He played a vital role assisting Eagles chairman Jeffrey Lurie in the team's search for a new head in 2013, which ultimately brought renowned Oregon coach Chip Kelly east to Philadelphia. "He's one of the brightest young guys in the league," said Eagles chairman Jeffrey Lurie. "I'm very excited about what he brings to the table. He has assembled an excellent team around him. He's meticulous in his evaluations. He has great relationships with players, coaches and agents around the league. " Over the last couple of years, Roseman has configured what many observers have coined a strong scouting staff with a blend of experienced scouts and a young core of talent. "You have to give him a lot of credit for that, because there are a lot of young guys who wouldn't do that," former NFL GM and current Eagles senior football advisor Tom Donahoe said. "They'd feel threatened by it. They would feel a little bit intimidated by it. But Howie's only interested in getting the best group of scouts that he can. He values our opinion. We don't always agree, but that's part of scouting. " In the first year of his new role in 2010, Roseman oversaw a major overhaul of the roster, making it one of the youngest in the NFL. That revamped Eagles squad earned an NFC East division championship. His tenacity, creativity and ability to develop and nurture positive relationships in every part of his job has played a significant role in Roseman's ascent within the Eagles organization. He has an endless tank of energy that defines his personality and fuels his quest for a Super Bowl championship. The youngest GM in the league, Roseman (39 years old) says it has been his dream to be an NFL general manager since he was a kid. "When I was 9 or 10 [years old], people would ask what I wanted to be when I grew up and I told them I wanted to be the general manager of an NFL team. "After relentlessly pursuing jobs in the front office of an NFL team, Roseman finally got his foot in the door with the Eagles in 2000 as salary cap/staff counsel, and eventually worked his way up to his dream job. Roseman was elevated to director of football administration in 2003 and to vice president of football administration in 2006. In this role, Roseman worked in the personnel department evaluating players around the NFL and for the draft. He also represented the team to the NFL on contract, salary cap, and player personnel matters. In 2007, Roseman was invited to participate in the NFL-Stanford Program for managers at the Stanford Graduate School of Business, a program developed by the NFL to promote development of leaders within the league. Roseman is also active in the Philadelphia-area community, contributing to a variety of initiatives involving military and children. In fact, he was named Honorary Commander for the Joint Base McGuire-Dix-Lakehurst for his continued efforts with the military. His charitable endeavors have benefited the Alex's Lemonade Stand Foundation, the Boys & Girls Clubs of America, USA Football, Pop Warner and Cop Wheels. Born in Brooklyn, NY, Roseman earned his bachelor's degree from the University of Florida before earning a JD degree from Fordham Law School. Howie and his wife, Mindy, reside in suburban Philadelphia with their four children.