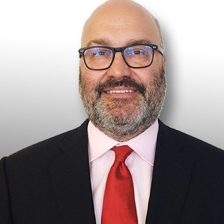 Charlie Stillitano is the Co-Founder and Executive Chairman of Relevent Sports, hosts of the International Champions Cup. Stillitano began his career in international football as a Venue Executive Director for the 1994 FIFA World Cup. Following the World Cup, he was named V. P. and GM of the NY/NJ MetroStars of Major League Soccer. In 2003, Stillitano became Principal Founder and C. E. O. of ChampionsWorld LLC where he helped create the ChampionsWorld Series, a collection of the world's top international football clubs in matches during the summers of 2003 and 2004. Stillitano then became a senior executive at CAA Sports where he ran the company's soccer business. Stillitano was an inaugural Board Member of the U. S. Soccer Foundation and served as its Vice Chairman for 11 years. Stillitano currently co-hosts a daily talk show entitled "The Football Show" for Sirius/XM Radio. In 2017, ESPN FC named Stillitano one of football's 50 most influential people.