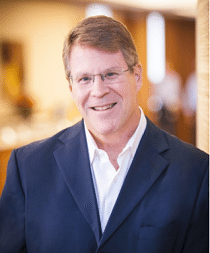 Brian Kelley joined as President, Chief Executive Officer and Director in December 2012 from The Coca-Cola Company where he was named President of Coca-Cola Refreshments in September 2012. Most recently, he served as Chief Product Supply Officer, Coca Cola Refreshments. Prior to that, in his role as President of Coca-Cola's North America Business Integration, he led the total integration of the acquisition of the North American assets of Coca-Cola Enterprises, combining Coca-Cola North America and Coca-Cola Enterprises' North American operations into a new company, Coca-Cola Refreshments. Kelley joined Coca-Cola in 2007 as President and General Manager, Still Beverages and Supply Chain North America. Prior to Coca-Cola, Kelley was President and Chief Executive of SIRVA, Inc. (formerly North American Van Lines), a $3. 7 billion leading provider of relocation solutions to a well-established and diverse customer base around the world. His earlier experience includes Ford Motor Company, where he was President of its $13 billion Lincoln/Mercury division and The General Electric Company where he held roles of increasing responsibility until named Vice President and General Manager, Sales and Distribution at GE Appliances. Kelley began his career in sales and marketing at Procter & Gamble and over a period of years, worked his way up through brand management. Mr. Kelley serves on the Board of Trustees of College of the Holy Cross and Save the Children. Kelley is a graduate of College of the Holy Cross with a B. A. in Economics.