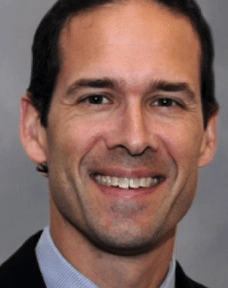 Paul DePodesta was hired as the Cleveland Browns Chief Strategy Officer in January of 2016, marking his transition into the National Football League. Prior to that, DePodesta served as the Assistant General Manager of the New York Mets, where he was initially hired as the Vice President of Player Development and Scouting on November 8th, 2010. DePodesta possesses nearly two decades of experience in Major League Baseball. Upon graduating Harvard University in 1995, DePodesta got his first job in baseball with the Cleveland Indians. During his three season tenure with the club, DePodesta served as an advanced scout for two years while eventually being appointed to special assistant to General Manager John Hart. In 1999, DePodesta joined the Oakland Athletics, where he served as a an assistant to general manger Billy Beane. During his time in Oakland, DePodesta was renowned for his use of sabermetrics, which he and Beane relentless employed-shining the light for a new quantitative based baseball analytics system. While in Oakland, DePodesta hired Dave Forst, another Harvard graduate, who currently sits as assistant General Manager of the Athletics. In Oakland, DePodesta fostered many of his working theories that revolved around the statistical analysis of players. While DePodesta thrived as Oakland's number two, Dodgers Owner, Frank McCourt took notice. McCourt offered DePodesta the General Manager position. DePodesta was introduced as the new general manager of the Dodgers on February 16, 2004. At just 31, he was the third-youngest General Manager in MLB history at the time of his hiring. DePodesta immediately put his newfound resources to good use. Following a 2004 season in which Los Angeles won the National League West-the first time the Dodgers had made the playoffs in eight years-DePodesta went out and signed J. D. Drew, Jeff Kent, and Derek Lowe to contracts worth a combined 12 years and $112 million. It was a far cry from his days with the A's, where he had been forced to watch stars like Jason Giambi and Johnny Damon depart for huge contracts with other organizations. DePodesta served as the Dodgers General Manager through the 2005 season where the Dodgers had their second worst record since moving to Los Angeles in 1958. Frank McCourt fired DePodesta on October 29, 2005, replacing him with Ned Colletti. On June 30th, 2006, DePodesta was hired as the special assistant for Baseball Operations for the San Diego Padres, ultimately being promoted to Executive Vice President in 2008. On November 8th, 2010, DePodesta was hired as the Vice President of Player Development and Scouting for the New York Mets by General Manager Sandy Alderson, whom DePodesta worked with while Alderson was CEO of the Padres. He currently serves in this position. DePodesta is a native of Alexandria, Virginia and is married with three sons and a daughter. On December 13, 2012, DePodesta was elected to the Board of Directors of Sears Holdings Corporation. DePodesta has also served as a keynote speaker at numerous business conventions and has been recognized by several publications including Baseball Prospectus and Forbes Magazine which named him as one of the Top 10 innovators under the age of 40.