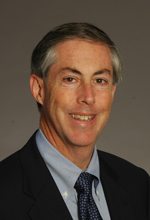 President, Bloomberg Sports Bill Squadron has been an executive, government official and attorney in the telecommunications, sports and media fields for more than 25 years. Since 2009 he has served as the President of Bloomberg Sports, a new company which takes the technology developed by Bloomberg L. P. , the leading global provider in data and analytics, and applies it to the vast data analysis opportunities in sports. Working with MLB. com and other partners, the Bloomberg Sports Professional service is now used by 25 of the 30 Major League teams, as well as teams across Japan and Latin America. Mr. Squadron recently spearheaded Bloomberg Sports' expansion into predictive analytics with a focus on the soccer market throughout Europe and Asia. Bloomberg Sports was named a Finalist by the Sports Business Journal for "Best in Technology" in 2012 and by Fast Company Magazine as one of the "Most Innovative Companies in Sports" in 2011. Prior to Bloomberg Sports, Mr. Squadron headed advanced media and technology in North America for IMG, focusing on digital products and services for fashion and sports clients. From 1997 to 2003, Mr. Squadron was co-founder, Chairman and CEO of Sportvision, Inc. , which remains the premier provider of technologies that enrich sports telecasts. Examples include the company's Emmy-winning inventions of the 1st and Ten yellow first down line, NASCAR "Race F/X" and the "K Zone" baseball tracking and display system. In 2001, Ernst & Young named Mr. Squadron New Year City Entrepreneur of the Year in the media category. Before founding Sportvision, Mr. Squadron was Senior Vice President, Strategic Planning, at News Corporation. He also served as Commissioner of the NYC Department of Telecommunications in the Dinkins Administration and a partner at the law firm of Morrison & Foerster in Washington, D. C. Mr. Squadron serves on the Boards of the Coro New York Leadership Center and the Our Energy Policy Foundation. He lives in Westchester County. New York, with his wife Debra and three sons.