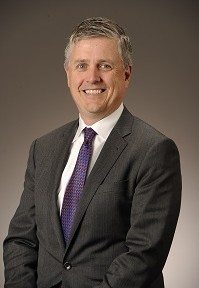 Jeff Luhnow was named the 12th General Manager in Astros franchise history on December 7th, 2011. With a track record of success in scouting and developing players prior to joining the Astros, Luhnow's focus has been on creating a player pipeline that will help the Astros win at the Major League level for years to come. Of the players on the Major League roster at the end of 2013, several came to the organization via trades made during Luhnow's tenure. This list includes Matt Dominguez, Chris Carter, Brad Peacock, Robbie Grossman, L. J. Hoes, Kevin Chapman, Max Stassi and Mark Krauss. Marwin Gonzalez, Rhiner Cruz and Josh Fields were all acquired via the Rule 5 draft. In his first two years, the minor league system experienced a dramatic turnaround and is currently considered to be among the best in the industry. In 2013, the top six affiliates all made the post season (a feat no other organization had accomplished since 2003), with three teams reaching the finals and two winning championships. Over the past two years, the Astros have had the industry's highest winning percentage at the minor league level. Many of the organizations top prospects have been acquired via trades made since early 2012, including Josh Hader, Carlos Perez, Danry Vasquez, Asher Wojciechowski and Rudy Owens. The amateur draft has been an important vehicle for player acquisition during Luhnow's tenure. Top prospects drafted in the past two years include Mark Appel, Carlos Correa, Lance McCullers, Nolan Fontana, Rio Ruiz, Preston Tucker, Brady Rodgers, Andrew Aplin, Tyler Heineman and Andrew Thurman, among others. Luhnow spent eight years with the St. Louis Cardinals prior to joining the Astros as Vice President of Baseball Development (2003-2005), Vice President of Player Procurement (2005), and Vice President of Scouting and Player Development (2006-2011). During much of his time with the Cardinals, he oversaw the scouting, international, and player development functions of the club that brought in many players instrumental to the 2011 World Series victory, the 2012 NLCS team and the 2013 World Series team. Prior to joining the Cardinals, Jeff founded Archetype Solutions, where he served as President and COO. His background also includes stints as General Manager and Vice President of Marketing at Petstore. com, and five years with the global management consulting firm of McKinsey and Company. Jeff is a graduate of the University of Pennsylvania with dual Bachelor of Science degrees in economics and engineering. He also earned his MBA from Kellogg Graduate School of Management at Northwestern University. Jeff is a U. S. citizen, but was born and spent more than 15 years in Mexico City, Mexico, and is fluent in Spanish. He and his wife, Gina, reside in Houston. Jeff has two children, Elizabeth and Jeffrey.