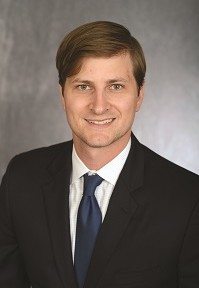 Tucker Kain enters his fifth year as CFO of the LA Dodgers and Managing Director of Guggenheim Baseball Management. Mr. Kain led the diligence effort in acquiring the Los Angeles Dodgers, the largest team sports transaction in history, 2012. Since the purchase, Mr. Kain was also instrumental in navigating the execution of the Dodgers' 25-year agreement with Time Warner Cable to monetize the club's local television rights, which included the creation and operation of a newly formed Regional Sports Network, SportsNetLA. In 2015, under the direction of Mr. Kain, the Dodger ownership group launched a venture capital initiative to utilize the Dodger platform to create and participate in value and growth in the Sports and Entertainment industry. With a focus on technology, the Dodgers ran the first-ever Sports and Entertainment Accelerator, attracting over 575 applicants from 37 countries around the world. The 10 program companies selected participated in a 3-month acceleration program, culminating with a one-of-a-kind Demo Day at Dodger Stadium in early November, 2015. Previously, Mr. Kain was a Vice President at Guggenheim Partners in New York City, working in the corporate credit group overseeing an investment portfolio in excess of $2. 0 billion. Mr. Kain grew up in Cleveland Ohio and received his B. A. degree in Economics from Williams College. Kain was selected by Sports Business Journal for its 40 under 40 Award in 2014. He and his wife, Ali, reside in Brentwood.