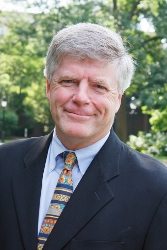 Professor of Information Technology and Management, Babson College Tom Davenport is the President's Distinguished Professor of Information Technology and Management at Babson College, the co-founder of the International Institute for Analytics, a Fellow of the MIT Center for Digital Business, and a Senior Advisor to Deloitte Analytics. He was among the first to write about both business process reengineering and knowledge management. More recently, he pioneered the concept of "competing on analytics" with his best-selling 2006 Harvard Business Review article (and his 2007 book by the same name). His most recent book is Big Data at Work , from Harvard Business Review Press. He wrote or edited sixteen other books and over 100 articles for Harvard Business Review, Sloan Management Review, the Financial Times , and many other publications. In 2003 he was named one of the world's "Top 25 Consultants" by Consulting magazine. In 2005 Optimize magazine's readers named him among the top 3 business/technology analysts in the world. In 2007 and 2008 he was named one of the 100 most influential people in the IT industry by Ziff-Davis magazines. In 2012 he was named one of the world's top fifty business school professors by Fortune magazine.