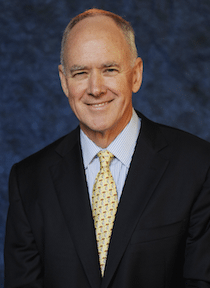 General Manager, New York Mets Richard Sandy Alderson joined the Mets on October 29, 2010 as the 12th General Manager in franchise history. Served as a special consultant to Baseball's Commissioner for Latin America from March 2010 until his hiring by the Mets. In this position he was responsible for leading baseball's efforts to address identity fraud and other baseball issues in Latin American countries. In April 2005, returned to the front office and became Chief Executive Officer of the San Diego Padres and served in that role until March 2009. During his four years in San Diego, he led the franchise to back-to-back playoff appearances for the first time in club history (2005 & 2006) after winning the National League West Division title both seasons. Was responsible for the club's daily business and baseball operations. From 1998-2005, was Major League Baseball's Executive Vice President of Baseball Operations. Oversaw baseball operations, umpiring, on-field operations, security and facility management. Helped baseball expand internationally, securing MLB's participation in the historic games with the Cuban National Team in 1999 and the 2000 Summer Olympics, where Team USA won the Gold Medal in Sydney, Australia. He also aided in the creation of MLB academies in Australia, Italy and Compton, CA. Was the architect of the Oakland Athletics teams that won three consecutive American League pennants from 1988-1990 and won the World Series in 1989. Served as General Manager from 1983-1997 and President from 1993-1995 and again from 1997-1998. Before joining the Athletics, practiced law in San Francisco, working for Farella, Braun & Martell. Left private practice in October 1981 to join the Athletics as their General Counsel and was named Vice President, Baseball Operations in September 1983. Taught undergraduate MBA and Sports Business courses at the University of California, Berkeley during 2009 and 2010. The Haas School of Business classes examined sports business and marketing practices in the global marketplace. Received his bachelors degree from Dartmouth College in 1969. Graduated from Harvard Law School in 1976. Served as a Marine Infantry Officer for four years with a tour of duty in Vietnam. Born in Seattle, WA, he and his wife, Linda, have two adult children and three grandchildren.