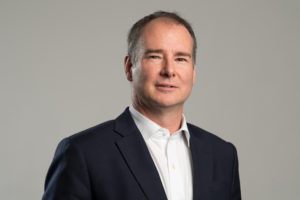 Mike Morrison was named Vice President, Business Development in January 2018. In this role, he leads a team that identifies and builds new business opportunities for ESPN, including sports betting and esports.

Prior to his current role, Morrison spent a decade leading ESPN’s businesses in Asia Pacific (APAC). During Morrison’s tenure in APAC, he was responsible for ESPN’s interests in Asia-Pacific, which included overseeing ESPN’s wholly owned businesses in Australia, New Zealand, India, Southeast Asia and Japan, as well as ESPN’s minority stake in J SPORTS. Additionally, Morrison worked closely with ESPN’s global digital media teams in developing its world-leading digital media business in the APAC region. The division’s leading online and mobile brands and services – including ESPNcricinfo, ESPN FC, ESPN.com, ESPYfootytips, ESPNF1 and ESPNscrum – made it the number one digital sports publisher in India and Australia, and among the leading digital sports businesses in Southeast Asia.

Morrison previously served as commercial director for ESPN’s European-based American sports network, ESPN America. In that role he managed distribution and programming acquisitions. He also previously oversaw the launch of ESPN’s international broadband subscription service in Europe, the Middle East and Africa, ESPN360 (since re-branded ESPN Player).Morrison joined ESPN in 2007 with the acquisition of the North American Sports Network (NASN) from Benchmark Capital and Setanta Sports. At NASN he served as commercial director, overseeing the distribution and acquisitions.

Prior to NASN, he played a key in role in the global expansion of Bloomberg Media, initially managing US and international affiliate sales for Bloomberg Television and later overseeing worldwide distribution for all Bloomberg media products.

Morrison started his career in radio and television news working in both Washington DC and New York and holds a Bachelor of Science in Journalism from the University of Maryland. He is based in New York.

The Numbers Behind the Books: How Gambling Companies Leverage Data