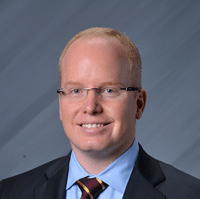 Vice President, Operations, Penske Racing South Michael Nelson is in his sixth season as Penske Racing South's Vice President of Operations, overseeing multiple teams competing in the NASCAR Sprint Cup and Nationwide Series. An Anderson, S. C. native, Nelson is a Clemson University graduate with a Bachelor's and Master's degree in Mechanical Engineering. Nelson joined Penske Racing in 1998 as a Data Acquisition Engineer. In 2000, Nelson became the Race Engineer for Ryan Newman's startup team. After becoming a full time Cup team in 2002, Nelson and the No. 12 team accumulated 13 Cup Series wins and 41 Cup Series poles. Nelson became Crew Chief for Newman in 2006 before being promoted to his current role in 2008. Under Nelson's direction, Penske Racing's NASCAR Programs have continued to excel with multiple accomplishments in both the Nationwide and Sprint Cup Series, including the Daytona 500 in 2008, and the team's first NASCAR Nationwide Series Championship in 2010. The culmination of the organization's success came in 2012, winning its first NASCAR Sprint Cup Series Championship with Brad Keselowski and the No. 2 team. Nelson and his wife, Kim, have a son and daughter, ages 8 and 6.