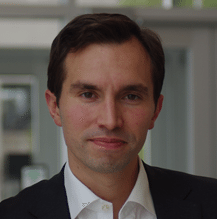 Chief Scientist, QuantumBlack @jacomocorbo Jacomo Corbo is Chief Scientist of QuantumBlack, a data science agency that helps clients meet the analysis challenges of big data to make better decisions. QuantumBlack's heritage is in Formula One. Since its founding in 2009, the company has worked with several Formula One teams on a broad swathe of difficult performance-related data problems: from finding operational efficiencies and improving R&D yields to making better race strategy decisions. Other clients include Arup, Boeing, BNP Paribas, Crossrail, Microsoft, McKinsey and Co, Reed Elsevier, Standard and Poors, Thomson Reuters, and WS Atkins. Jacomo is also the Canada Research Chair in Information and Performance Management at the University of Ottawa and a Senior Fellow at the University of Pennsylvania's Wharton School of Business. Between January 2006 and June 2008, Jacomo also served as Race Strategist and subsequently as Chief Race Strategist for the Renault F1 Team Ltd. Jacomo holds a Ph. D. from the Department of Computer Science at Harvard University, an S. M. in Applied Mathematics from the Harvard Graduate School of Engineering and Applied Sciences, and a B. Eng. in Electrical Engineering from McGill University.