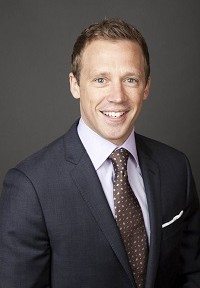 Liam McHugh, one of the emerging voices in sports television today, continues to add to his rapidly growing workload at NBC and the NBCSN. McHugh's extensive hockey broadcast experience includes hosting of NHL Live, NBCSN's pre- and post-game studio show that airs prior to and after NHL telecasts throughout the regular-season, Stanley Cup Playoffs and Stanley Cup Final. McHugh also hosts NBC's Notre Dame Football coverage including Countdown to Kickoff, NBCSN's pre-game show. He was a reporter on NBC and NBCSN's coverage leading up to Super Bowl XLVI, and contributed to NBC Sports Group's coverage of the 2014 Winter Olympic Games in Sochi and the 2012 Olympic Games in London. McHugh graduated from the University at Buffalo and received his master's degree from Syracuse University. Twitter: @liam_mchugh