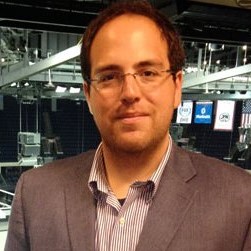 Josh is the director of hockey administration for the Columbus Blue Jackets. He is responsible for assisting in all facets of the hockey operations department, including salary cap management, contract negotiations and research, salary arbitration, statistical research and strategic planning, and he is the club's liaison to the NHL regarding matters pertaining to the NHL-NHLPA collective bargaining agreement. Josh joined the Blue Jackets hockey operations department in June 2008 after spending the previous two seasons with KO Sports Agency in Denver, Colorado, where he worked on contract negotiations for several NHL players represented by the agency. Josh was born on December 8, 1982 in Toronto, Ontario. He received a bachelor's degree in political science from the University of Toronto in 2004 and earned his Juris Doctorate from the Sturm College of Law at the University of Denver in 2007.