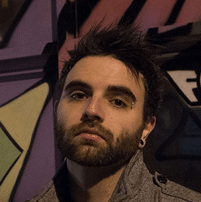 Commentator, Strikeforce and Tachi Palance Fights; Writer, ESPN. com and Sherdog. com Jordan Breen started with Sherdog. com in June 2006, producing written, audio and visual MMA content with a focus on the sport's analytical underpinnings and international esoterica. In addition to serving as a color commentator for Strikeforce and Tachi Palace Fights, his words have appeared in ESPN. com, Sherdog. com and The New York Times, as well as Brazilian outlets Portal do Vale Tudo and Tatame. A lifelong resident of Halifax, Nova Scotia, Canada, Breen graduated from the University of King's College in 2008, majoring in Sociology and Social Anthropology.

No listings currently. Check back later!

Immerse yourself in 2 days of sports analytics, business, and technology