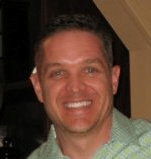 Co-Founder, Footballguys. com @Joe_Bryant Joe Bryant is the co-founder of Footballguys. com , a leading Fantasy Football content and technology provider and a recipient of the Fantasy Sports Trade Association's "Best Online Content Service" Award for the top Fantasy Content site among all sports. Footballguys was founded in 1991 and has grown it's base every year finishing 2011 with over 200,000 subscribers to it's opt in mailing list. Footballguys provides everything a Fantasy Owner needs to win including the Draft Dominator software and Rate My Team App which allows users to receive instant feedback and advice on their rosters. Mr. Bryant began writing professionally in 1995 when he introduced the concept of Value Based Drafting (VBD) to the Fantasy Football community. VBD utilizes a real world economic valuation model with an emphasis on position scarcity and detailed statistical projections. In 2010, Bryant and David Dodds partnered with the Fantasy Football Players Championship to form the Footballguys Player Championship - a "mid stakes" online fantasy league. The Footballguys Players Championship sold over 3,000 teams in 2011. In addition to Football pursuits, Bryant is founder and President of Bryant Boats, Inc, an award winning manufacturer of high quality fiberglass pleasure boats. He is also the owner of Black Eyed Joe's BBQ. He is a graduate of Texas A&M University and lives with his wife, four children and two dogs in Knoxville, Tennessee.