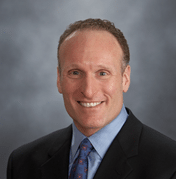 President, Cleveland Indians @MarkShapiro Mark Shapiro enters his second season as President of the Cleveland Indians after spending nine (9) seasons from 2002-2010 as Executive Vice President and General Manager. Shapiro was elevated to President following the 2010 season and is in his 21st season overall with the organization. As President, Mark oversees the Baseball and Business Operations Departments and is currently leading the organization in an effort to shape and clarify its strategic vision and brand. He is also leading efforts on potential design changes and state-of-the-art upgrades to Progressive Field as well as currently utilizing the facility for alternate forms of revenue with the creation of the Indians Music Festival, the Frozen Diamond Faceoff between the Ohio State and Michigan hockey teams and Snow Days. During Shapiro's nine-year tenure as Executive Vice President and General Manager from November 2001 thru 2010 the Indians twice won 90 or more games (2005, 2007) and in 2007 the Indians captured the American League Central Division title with a Major League best-equaling record of 96-66 and advanced to within a game of the World Series. From 2004-2010, the club won 80-or-more games four times. The 96 wins in 2007 and 93 wins in 2005 respectively represent the 7 th and 9 th highest win totals in Cleveland Indians franchise history. Following both the 2005 and 2007 seasons, Shapiro was named the Sporting News Executive of the Year, at the time the only active GM in Major League Baseball to win the award twice. He was also named the Executive of the Year by Baseball America in 2005. After the 2006 season, the Cleveland Indians organization was named "Organization of the Year" by TOPPS for the first time. Mark's 9-year tenure ranked 6th among the 30 General Managers in Major League Baseball at the time of his elevation to Club President in 2011. Prior to becoming General Manager, 44-year old Shapiro spent three seasons from 1999-2001 as Vice President, Baseball Operations/Assistant General Manager under John Hart after spending five seasons as the Tribe's Director of Minor League Operations from 1994-98. During his tenure as Director of Minor League Operations, Mark oversaw all aspects of the Tribe's player development system and Latin American operations. He implemented the Winter Development Program, now in its 15 th year, and installed a system of individual player plans for every Tribe minor leaguer in the farm system. The system he helped to create and oversee is based on a holistic philosophy of development and providing cutting-edge resources to the Indians players in the mental, physical and fundamental domains. Mark Shapiro's career with the Cleveland Indians began in January of 1992 as an assistant in Baseball Operations and he was promoted to Assistant Director of Minor League Operations the following year. The Baltimore, MD native played 4 years of football for the Princeton University Tigers, graduating in 1989 with a degree in history. Following his graduation from Princeton, he worked in the real estate development industry in Southern California before joining the Indians in 1992. His scope is not only limited to the Cleveland Indians. In December 2009 he was named by Commissioner Bud Selig to the Special Committee for On-Field Matters, a 14-man committee of baseball managers and executives to address on-field issues relative to Major League Baseball in its present form. He also currently serves on the Major League Baseball Ticketing Committee, which examines current marketplace ticketing issues in MLB relative to digital ticketing, alternative revenue sources and the secondary ticketing market/dynamic pricing. Mark was named to the elite "40 under 40" by Sports Business Journal recognizing the top 40 sports executives under the age of 40 and was on Baseball America 's "Ten to Watch" list in 2007. Mark lives in Bentleyville, OH with his wife, Lissa Bockrath, a talented Cleveland-based artist. The couple has a son, Caden (9), and a daughter, Sierra (7). His brother-in-law, Eric Mangini, is the former Head Coach of the Cleveland Browns and New York Jets and is currently an analyst with ESPN. His father, Ron, was a universally respected agent who represented Hall of Famers Cal Ripken, Jr. , Kirby Puckett, Jim Palmer and Eddie Murray and has authored several books on negotiations and preparation.