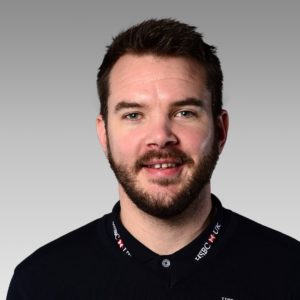 As Performance Pathway Manager for the Great Britain Cycling Team, Ian oversees the Olympic development pathway. This involves managing the youth, junior and under-23 programmes, and ensuring that athlete supply meets the needs of the senior Olympic programme. He also plays a key role in the analytics undertaken by the programme, ensuring that areas such as rider depth' and medal milestones' are effectively communicated to the leadership team. Prior to this role he was Senior Talent Scientist at the English Institute of Sport, where he worked with an array of Olympic sports on talent recruitment and development projects. During this role, he oversaw GB Taekwondo's Fighting Chance' initiative that culminated in a bronze at London 2012 and British Skeleton's Girls4Gold' programme that delivered gold at Sochi 2014. He also holds an MPhil in Sports Science in the area of skill acquisition and was previously an academy coach at a Championship level soccer team.