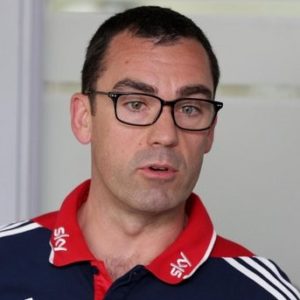 Andy has worked within elite sport since 1995, initially as a physiologist but since 2002 within management and leadership roles. In both capacities he has worked with some of the UK's best athletes and sports programmes including Olympic, World, European and Commonwealth medallists. He has also acted as a consultant to professional sports teams and athletes (Football, cricket, rugby and F1) and was a team manager for British Swimming at the London 2012 Olympics. To date he has presented at 20+ international conferences and has published widely (peer reviewed journals, internationally recognised coaching magazines and book chapters). Andy was Performance Manager for the English Institute of Sport before joining British Cycling in 2013 as their Programmes Director