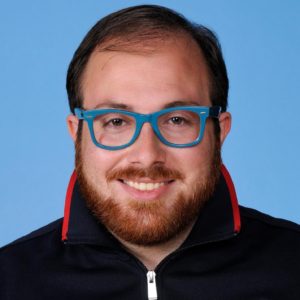 Giuseppe began to study volleyball analytics heavily during his years as technical coordinator for the Italian Men's National Team, which culminated in the team placing fourth at the 2008 Beijing Olympics. A thirst for helping his team earn an Olympic medal drove him to develop tactics and strategies for predicting and influencing opponent behavior. With these enhanced skills, Giuseppe worked for the US Women's National team during the 2010 World Cup, the 2011 World Championship, the 2011 and 2012 World Grand Prix, and the 2012 London Olympics, where the team took silver. In 2016 he served as a consultant coach in the Rio Olympics for the USA Beach Volleyball National Teams, of whom April Ross and Kerri Walsh-Jennings took bronze. In 2014, he founded VolleyMetrics, a volleyball analysis solution which has become a top provider of statistical analysis in the volleyball world. VolleyMetrics aims to broaden the impact of volleyball on coaches, players, fans, and beyond.