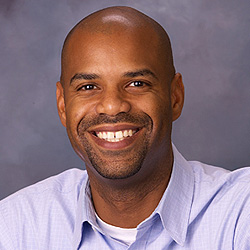 Doug White transitioned to senior director, programming and acquisitions, overseeing ESPN’s college basketball properties in August 2015. He will be charged with maximizing content across ESPN platforms and will contribute to the network’s college sports acquisitions.

White played a significant role in the nine-year global extension with the NBA in October 2014 and helped in the creation of the NBA Saturday Primetime on ABC in June 2015. White was also involved in the eight-year contract extension with the league in June 2007, which included ESPN’s most comprehensive digital rights package negotiated with any major professional sports league. That deal also included more exclusivity in the postseason on ESPN and expanded television and digital media rights for ESPN International.

Prior to assuming his current responsibilities, White held various positions within the programming department including director, programming and acquisitions (2005-08); program manager (2003-05); program planner (1997-2003); and day of air coordinator (1996-97).

White joined ESPN in 1993 as a graphics operator responsible for the creation and implementation of studio and event graphics for various sports categories and studio programs. He worked in the graphics department until transferring to programming in 1996.

White participated in the NAMIC Executive Leadership Development Program in 2008-09.

White, a native of Columbus, Ga., was graduated in 1993 from Central Connecticut State University with a bachelor’s degree in communications.

Changing the Game: How Advanced Data is Enhancing Broadcasts (Presented by ESPN)

Recent years have seen an uptick in the use of advanced data and analytics to enhance game broadcasts and drive second-screen platforms, creating differentiating viewing experiences for sports fans.