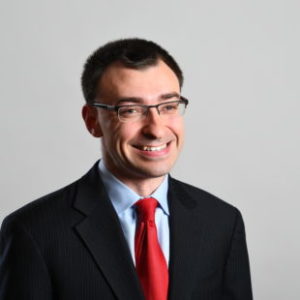 Jason Benetti joined ESPN as a play-by-play announcer for college basketball in 2011, and since then has also called college football, baseball and lacrosse games, as well as high school football.

Benetti graduated from Syracuse University in 2005 with bachelor’s degrees in broadcast journalism, economics and psychology. He then went on to earn his J.D. at Wake Forest School of Law in 2011. Benetti has cerebral palsy, which impacts his balance and ability to walk, but not his on-air work.

The Illinois native gives back to his alma mater, as he is involved with the Burton Blatt Institute at Syracuse University’s Communication Hope through Assistive Technology camp. He has previously taught sports broadcasting as an adjunct professor at S.I. Newhouse School of Public Communication.

Changing the Game: How Advanced Data is Enhancing Broadcasts (Presented by ESPN)

Recent years have seen an uptick in the use of advanced data and analytics to enhance game broadcasts and drive second-screen platforms, creating differentiating viewing experiences for sports fans.