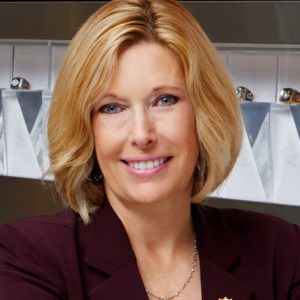 Dawn is responsible for building the fan base of the NFL and growing the NFL brand. This includes responsibility for strategy, advertising, promotions, marketing, and supporting NFL Clubs. She also oversees marketing for the NFL Network, and planning and execution for all NFL Events. Prior to joining the NFL, she was Vice-Chairman of the Parthenon Group. Prior to Parthenon, she spent 11 years at PepsiCo. She was the Global CMO of Frito-Lay, then CMO of Pepsi-Cola North America, then became President and the CEO of Pepsi-Cola North America. She was twice named to Fortune magazine's "50 Most Powerful Women in Business. " She is passionate about diversity and led PepsiCo to receive the highest honor from Catalyst for their Women of Color Global Program. Dawn has also served on the board of the LPGA for nine years, the later as Chairman of the Board. Dawn grew up outside Boston, is a graduate of Dartmouth, and today resides in Bronxville, NY with her husband and two daughters.