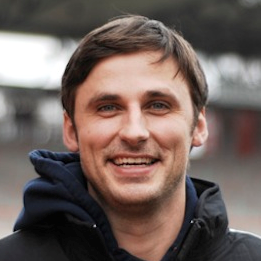 After studying Sports-Economy at prestigious Rhein-Ahr-Campus in Remagen, Germany, Daniel served several years in various positions and environments all over the world. He started his career helping FC Koln to win promotion to the Bundesliga in his 3 years with the club. He then spent 5 years in various leadership positions making FC Union Berlin an aspiring candidate for the top 20 teams in Germany. Daniel joined the MLS side Vancouver Whitecaps FC in 2014 and led the club to its most successful years including a Canadian Cup victory and consecutive playoff berths with the youngest team in the MLS. In addition to becoming involved with the Hungarian National Team, Daniel is serving as a guest lecturer at Universities and Conferences all around the world and doing independent consulting work with his project www. evaluation-sports. com