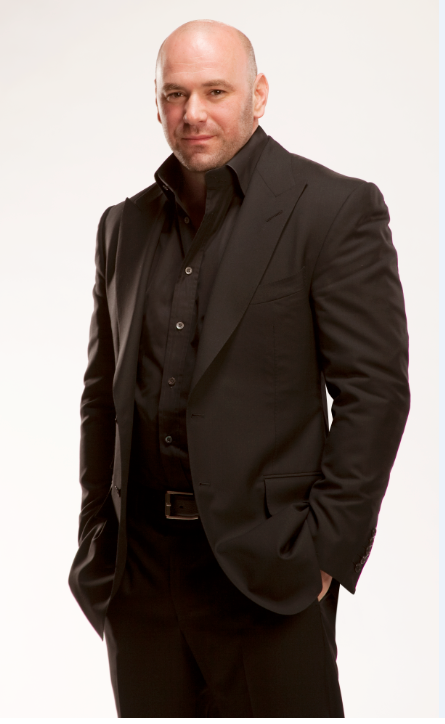 Dana White serves as President of UFC, the world’s leading mixed martial arts organization. He is responsible for UFC’s global business, which employs over 300 employees across four continents. In July 2016, White played an essential role in WME | IMG’s acquisition of UFC, which at the time was the largest acquisition of a sports property in history.

With a strong business acumen and keen sense of competition, White has achieved unparalleled success in the combat sports industry. Following Zuffa LLC’s purchase of UFC in January 2001, White, along with then-owners Frank Fertitta III and Lorenzo Fertitta, spent the next 15 years transforming UFC into the fastest growing global sports brand in history.

Thanks to White’s vision, UFC has grown exponentially from humble beginnings as a live events company to a global media powerhouse producing more than 40 live events globally on an annual basis, transmitting thousands of hours of broadcast and cable programming in 40 languages to 175 countries and territories, reaching over one billion houses around the world.

In 2008, both Business Week and Sports Business Journal named White as one of the most influential people in sports. In 2009, the United States Armed Forces Foundation presented White with the Patriot Award for his contribution to injured military servicemen and women. That same year, White was named “Nevada’s Sportsman of the Year” by the Caring Place, a nonprofit organization dedicated to relieving financial concerns of cancer patients. White was also named as one of the most influential people of 2010 by both Time and Esquire magazines and was invited to speak at the famed Oxford Union at Oxford University, England. In August 2016, White and Lorenzo Fertitta were honored with the co-Sports Executives of the Year award by Multichannel News. In July 2018, White was named one of the 100 most innovative leaders by AdWeek.

Originally a New England native, White spent formative years in Las Vegas where he currently resides with his wife, Anne, and their three children.

When the Sports World Stopped & How It Came Back to Life: COVID and The Future of Sports

This panel will examine lessons learned around player training/safety and what the future of the sports world will look like in the new normal for organizations and fans alike.