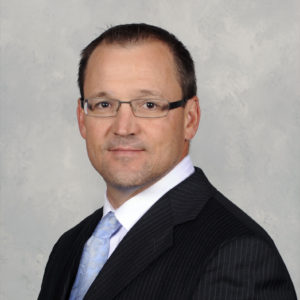 Dan Bylsma is a current on-air analyst for the NHL Network, and former NHL player and Stanley Cup winning head coach. Bylsma played in 429 games in his nine-year NHL career before moving to behind the bench as head coach of the Pittsburgh Penguins (2009 - 2014) and Buffalo Sabres (2015 - 2017). In the spring of 2009, Bylsma was named head coach of the Penguins, who went on to defeat the Detroit Red Wings in the Stanley Cup Finals in seven games. Bylsma, who guided the Penguins to the playoffs for six straight seasons, was honored with the Jack Adams Award for coach of the year following the 2010-2011 season. Bylsma also coached the 2014 U. S. Men's Hockey Team to the semifinals of the 2014 Winter Olympics in Sochi, Russia.