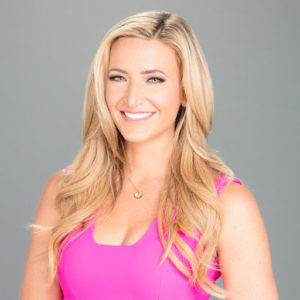 In her role with the NFL Media group, Cynthia appears across several studio shows and platforms to provide statistical and advanced analytics insight, bringing a unique perspective to educate and inform fans about the NFL's players and league trends. Cynthia appears on NFL GameDay Morning, Thursday Night Pregame, NFL Fantasy Live, as well as NFL Network's coverage of the Super Bowl, NFL Scouting Combine and NFL Draft. Prior to the NFL Media Group, Cynthia worked in an innovation capacity at ESPN, where she served as a Predictive Analytics Analyst on SportsCenter. Additionally, Cynthia worked as an analyst with the NFL's CFO and has held roles in digital and technology focused financial strategy for Disney/ABC in Los Angeles. A native of Okemos, Michigan, Cynthia graduated from Boston College in 2005 with a B. S. in Biology. Cynthia then received her MBA in Finance, Entrepreneurship and Innovation from Northwestern University's Kellogg School of Management and continued at Northwestern in the MS of Predictive Analytics program.