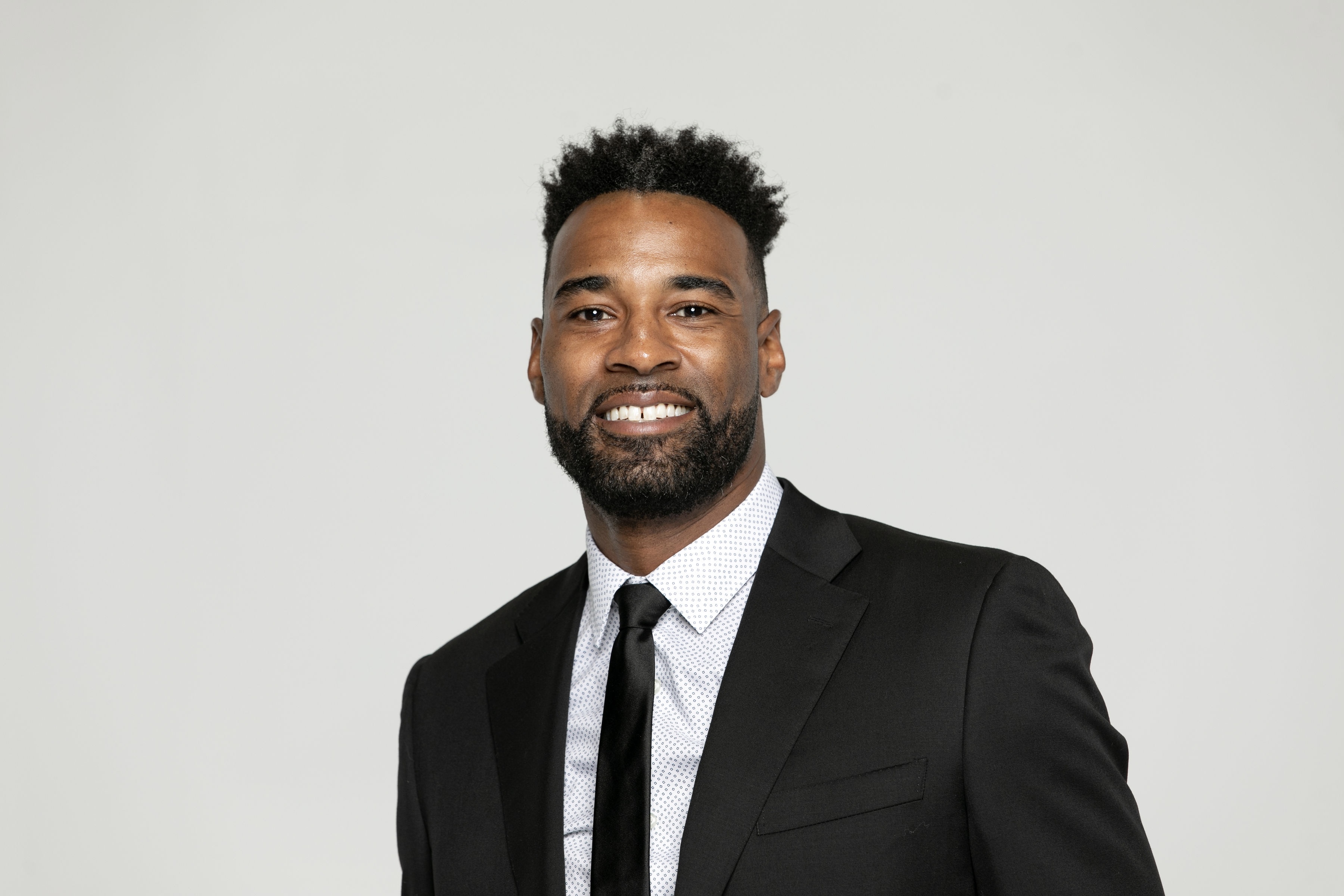 A native of Georgia, Calvin Johnson Jr. is a member of the 2021 Pro Football Hall of Fame. A proud father and man of faith, Calvin has three sons and lives in metro Detroit with his wife, Brittney.

As a standout Wide Receiver at Georgia Tech in 2007 Johnson was selected by The Detroit Lions with the 2nd overall pick in the NFL Draft.  Making his way up the leaderboard, Calvin quickly became known as one of the top wide receivers of his time earning the moniker, Megatron, for becoming the nemesis to defenses across the league. A six-time Pro Bowler, and NFL All-Pro, Johnson smashed records spending his entire nine year career in Detroit.

Off the field, Johnson operates his namesake, Calvin Johnson Jr. Foundation with the mission of empowering at-risk youth to overcome socio-economic obstacles, achieve their academic and civic goals, and ultimately become educated, tolerant, and productive members of society. The foundation offers its time and finances to serve youth who might not otherwise have access to career mentoring, educational resources and college scholarship opportunities.

Since retiring from the NFL in 2016, Johnson has taken on several business ventures: mentoring and training football players at the collegiate and pro levels, investing in real estate and consulting fellow athletes during their transition from professional sports to the corporate world with Locker Room Consulting along with his business partner and former teammate, Rob Sims. His work in the real estate market served as a springboard into the cannabis industry, allowing Johnson and his team to secure several cannabis-approved sites for development and the creation of Primitiv Group; a forward-thinking cannabis research company dedicated to the advancement of cannabis as a form of elevated wellness, believing that the plant holds incredible potential as a healing agent.

Johnson and his team have partnered with The International Phytomedicines Institute at Harvard University, working to expand research and disseminate information on the Health benefits of cannabis on a wide range of medical conditions, including chronic pain, CTE (chronic traumatic encephalopathy), and cancer treatment. Primitiv is a member of the Michigan Cannabis Industry Association which  advocates for a favorable political policy environment for Cannabis to thrive by promoting sensible laws, regulations and setting industry best practices among members.

Johnson is also partnered with NESTRE, a mental and cognitive strength training company, combining the science of neuroplasticity with AI/Machine Learning technology, to personalize how people perform better, feel better, and get better.