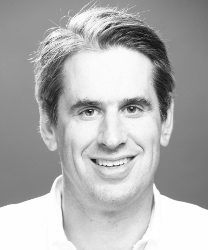 General Partner, Benchmark @bgurley Bill Gurley has spent over ten years as a General Partner at Benchmark, joining in 1999. Before entering the venture capital business, Bill spent four years on Wall Street as a top-ranked research analyst, including three years at CS First Boston. Prior to his investment career, Bill was a design engineer at Compaq Computer. Before that he served in the technical marketing group of Advanced Micro Devices' embedded processor division. Bill also maintains a blog on the evolution and economics of high technology businesses called Above the Crowd. Over his venture career, he has worked with such companies as GrubHub (IPO: GRUB), Nextdoor, OpenTable (IPO: OPEN), Stitch Fix, Uber, and Zillow. com (IPO: Z). He ha BS in computer science from the University of Florida and an MBA from the University of Texas. He is also a Chartered Financial Analyst.