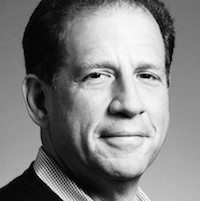 Vice Chairman, Wasserman Media Group Arn Tellem, who joined Wasserman Media Group in 2006, serves as Vice Chairman and oversees the Team Sports Division. Tellem is widely recognized as one of the most influential and respected sports agents in the world. In addition to managing multiple athletes, Tellem is also involved in shaping Wasserman's overall strategy, including expansion plans across all of the business' verticals. Tellem has negotiated some of the most lucrative and high-profile contracts in National Basketball Association and Major League Baseball history, including over $3. 5 billion in client contracts since 2008. In 1989, he founded Los Angeles-based Tellem & Associates which was acquired in 1999 by SFX Entertainment, the world's largest producer and marketer of live entertainment. Tellem served as Chief Executive Officer of SFX Sports until he joined Wasserman. During the 2004 and 2005 off-seasons, Tellem's SFX Sports team negotiated contracts worth nearly $750 million to his clients. In 2005, he was named to The Sporting News ' list of the "100 Most Powerful People in Sports" and listed as one of SportsBusiness Journal s "50 Most Influential People in the Sports Business. "Tellem began representing professional baseball and basketball players in the early 1980's. Before that, he was a partner at law firm Manatt, Phelps and Phillips, where he specialized in sports law and commercial litigation. Tellem also served as Executive Vice President and General Counsel for the NBA's Los Angeles Clippers between 1982 and 1988. A member of the American Bar Association and the State Bar of California, Tellem served as an adjunct professor at the University of Southern California School of Law and is frequently invited to lecture on sports law and agency at seminars and law schools throughout the country. Tellem received his bachelor's degree from Haverford College in 1976 and his J. D. degree from the University of Michigan Law School in 1979.