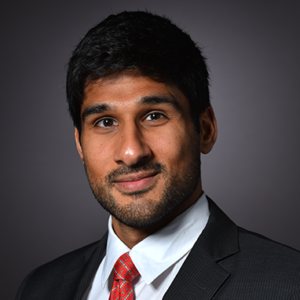 Akshay joined the Philadelphia 76ers and New Jersey Devils/Prudential Center in July 2015 as the head of the business strategy department, where he is responsible for driving the organization's strategic direction and new business initiatives and investments. His responsibilities include aligning the ticket sales, corporate partnerships, marketing, fan engagement, and customer acquisition functions of the teams, as well as advancing the growth of the combined Philadelphia 76ers and New Jersey Devils organizations. Under Akshay's guidance the Sixers have become the first team in North American professional sports to acquire and merge two eSports teams, launched the most dynamic Innovation Lab managed by a professional sports team in the United States, and signed a landmark agreement to become the first professional team in "Big Four" North American sports with a jersey patch sponsor. Akshay was recently selected to be a part of the prestigious Forbes 30 Under 30 class in 2017.