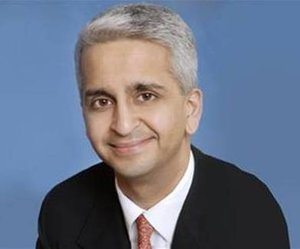 President, U. S. Soccer Federation Member, FIFA Executive CommitteeSunil Gulati, Senior Lecturer in Economics splits his time between Columbia University and his multiple roles in the soccer world, where he serves as President of the United States Soccer Federation and a member of the FIFA and CONCACAF Executive Committees. At Columbia, Gulati teaches courses in introductory economics, the global economy and a seminar in applied microeconomics, the latter focusing on the sports industry. In two separate full-time stints at Columbia, he has been a member of the Columbia economics faculty for over 15 years. Elected U. S. Soccer President in 2006, Sunil Gulati has more than 30 years of experience at all levels of soccer in the United States. He is a former President of Kraft Soccer (New England Revolution), taking the position after serving as Major League Soccer's Deputy Commissioner from its launch until 1999. The native of Allahabad, India, chairs and/or serves on multiple FIFA and CONCACAF Committees. Additionally, Gulati served on the Board of Directors of the FIFA Women's World Cup USA 1999 and 2003 and is currently a member of the Board for the U. S. Soccer Foundation and the Randall's Island Park Alliance. Gulati graduated Magna Cum Laude from Bucknell University and earned his M. A. and M. Phil. in Economics at Columbia University. He served on the Columbia Economics Faculty from 1986 to1990 before joining the World Bank through its Young Professionals Program in 1991 and serving as country economist for the emerging country of Moldova. Gulati, 55 and his wife, Marcela, have one son, Emilio, and one daughter, Sofia.