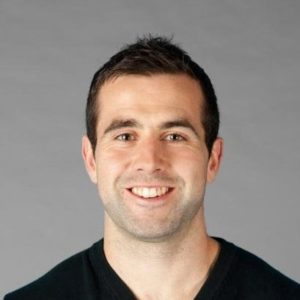 Stephen founded sports technology company Kitman Labs in 2012 to help elite sports teams reduce injury risk and increase player availability. Prior to founding Kitman Labs, Stephen was Senior Injury Rehabilitation and Conditioning Coach with the Leinster Rugby Club in Ireland for seven years. Stephen's master's thesis investigated the analysis of combined risk factors as predictors of athletic injury, which served as the foundation for Kitman Labs. His areas of expertise include injury prevention and rehabilitation and he has a strong interest in the use of technology and emerging trends in sport science to further enhance athletic and human resilience. Stephen speaks all over the world discussing advanced technology to quantify injury risk. Stephen is a self-proclaimed sports science and athletic performance nerd and has been described as one of the leading minds on injury reduction and performance enhancement in elite sport.