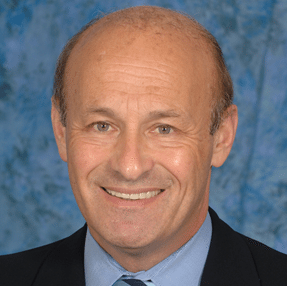 President & CEO, Los Angeles Dodgers Stan Kasten became president and CEO of the Los Angeles Dodgers on April 30, 2012. For more than three decades, Kasten has been a highly-respected sports figure and has developed a reputation for creating winning sports franchises. In 1999, Kasten became the first sports figure to hold the title of president of three different teams in three different major sports simultaneously. He accomplished this unique feat with Major League Baseball's Atlanta Braves, the National Basketball Association's Atlanta Hawks and the National Hockey League's Atlanta Thrashers. Kasten's professional career is highlighted by the Braves 1995 World Championship. Under his tenure, the Braves and Hawks made a combined 30 post-season appearances and claimed 15 division titles, including 12 in a row during the Braves' unprecedented run from 1991-2003. He was president of the Washington Nationals from 2006-10, where he worked to re-energize a dormant baseball fan base and simultaneously establish a crown jewel franchise in Washington, D. C. Kasten has been a member of numerous MLB, NBA and NHL ownership committees during his professional career, including NBA committees on marketing, player pensions and expansion and the NBA Board of Governors, MLB's owners negotiating committee and chairman of the Player Personal Development Committee, and the NHL's Board of Governors and its executive committee. He is also a former trustee of the Naismith Basketball Hall of Fame. Throughout his impressive sports career, Kasten has relied on three pillars - scouting and player development, enhancing the fan experience and community outreach - to establish franchises built for long-term success on and off the field. In 1979, at age 27, Kasten became the youngest general manager in NBA history with the Hawks. He held the position until 1990. Kasten became the Hawks' president in 1986. During his lengthy tenure in the Hawks' front office, Kasten became the first -- and only - NBA executive to win back-to-back Executive of the Year awards in 1986-87. With the help of future NBA Hall of Famer Dominique Wilkins, Kasten was able to build Atlanta into a perennial playoff contender, posting four consecutive 50-win seasons from 1986-89, and set franchise attendance records. In the 1990s, Kasten guided Atlanta to a stretch of seven consecutive playoff appearances, including three 50-win seasons. Kasten also became president of the Braves in 1986. From 1987-2003, the Braves won more games than any other team in MLB. As president of the Braves, Kasten helped assemble talented teams that consistently competed for a world championship. Led by manager Bobby Cox, the Braves teams of that era were built around a deep pitching staff that featured Greg Maddux, Tom Glavine, Steve Avery and John Smoltz. The cornerstone of the Braves' lineup was All-Star third baseman Chipper Jones. From 1991-2005, the Braves won 14 consecutive division titles, five National League pennants and the 1995 World Series. In 1999, when the NHL awarded Atlanta an expansion team, Kasten added the title of president of the Thrashers, as well as chairman of the newly-constructed Philips Arena. He was also involved in the design and construction of Turner Field. Kasten held all three positions until 2003, when he stepped down. A native of Lakewood, N. J. , Kasten is a graduate of New York University and Columbia University Law School. Kasten and his wife, Helen, have four children: Alana, Corey, Sherry and Jay.