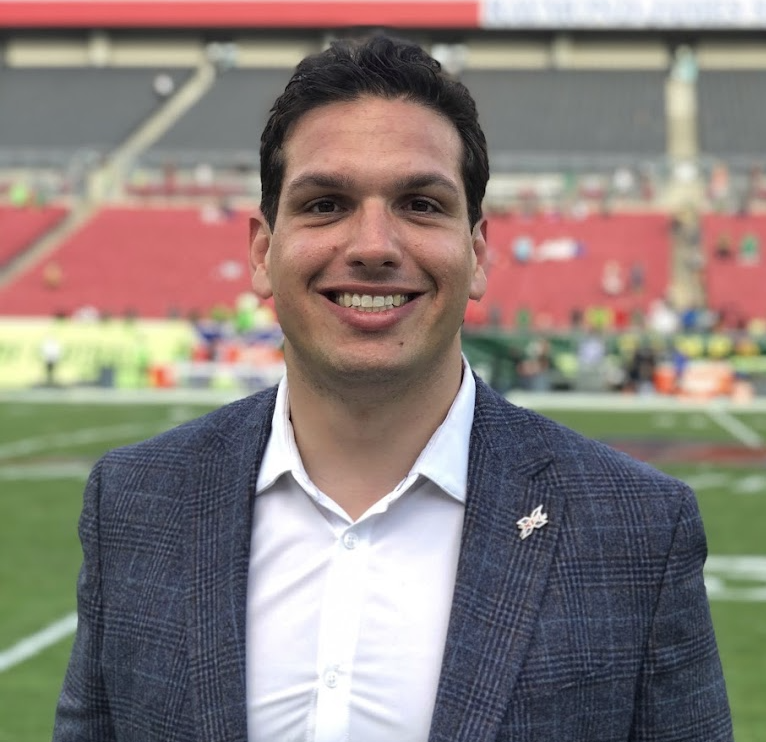 Sam Schwartzstein is a former Stanford Football Center. As Captain for the 2012 Stanford Football team he led the Cardinal to their first Rose Bowl Championship in 50 years.  After a cup of coffee in the NFL (more like a single shot of espresso), Sam worked in Silicon Valley at the Ed- Tech company Chegg.  In 2018 he was presented with the opportunity to join the XFL2020 team as a founding member, leading all on field products. Sam oversaw the reimagination process from the playing rules, on field technology, and player/coach compensation model. As the first employee in Football Operations, Sam helped grow the team from 2 to 800+ employees. Sam implemented a Lean Startup Method to change how football leagues operated from gameplay to operations. Under Sam’s leadership the XFL2020 was the first league to poll fans on their issues with football, utilize experts to drive creativity, create a data driven predictive model of impact of rules, do live testing, and repeat the process multiple times to provide a fan first game.  Under Sam’s leadership the new XFL had 95% positive sentiment, fewer injuries, more scoring plays, and fewer meaningless plays. While at the XFL same was the inventor of 2 patent pending technologies. The first in coach to player communication, which allowed TV to broadcast play calls over the telecast. The second in a redesign of how footballs are manufactured and designed. Sam currently consults with tv networks, football teams, football leagues, and video game companies on how to innovate in sports.

A look behind the curtain on how to create a fan first football league using silicon valley product development principles. Find out how experts, data, and live testing football rules, technology, and equipment to create the best 5 weeks of start up football in 60 years.