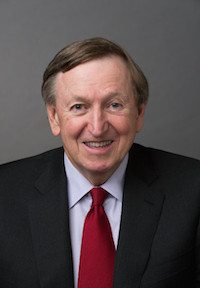 President, Basketball Operations, NBA Rod Thorn, the NBA's President of Basketball Operations, oversees all aspects of basketball related to the playing of the game. Prior to rejoining the NBA league office in August 2013, Thorn served as President of Basketball Operations for the Philadelphia 76ers. Before that, he spent 11 seasons as President of Basketball Operations for the New Jersey Nets, and was named the 2001-02 NBA Executive of the Year. New Jersey won back-to-back Eastern Conference titles in 2002 and 2003. Previously, Thorn spent 14 seasons at the NBA as the head of Basketball Operations. He, also, served as chair of the Senior Men's Basketball Committee for USA Basketball from 1992 to 2000. After being drafted second overall in 1963 by the Baltimore Bullets, Thorn played in the NBA for eight seasons, averaging 10. 8 points per game. Following his playing career, he joined the New York Nets, and was an assistant coach on the 1974 championship team led by Julius Erving. He joined the Chicago Bulls front office in 1978 as their General Manager. His tenure was highlighted by drafting Michael Jordan in 1984. Thorn graduated from the University of Washington with a Bachelor's Degree in Political Science. He played collegiately at West Virginia, where he was an All-American for two years in the early sixties. He is married to Peggy Thorn, and they are the parents of three children; twin daughters Jessica and Amanda, and son J. J. Thorn currently resides in Rye, New York.