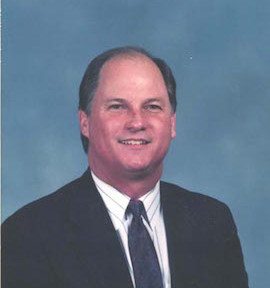 President, Game Plan LLC Randy Vataha grew up in Garden Grove, California where he attended Rancho Alamitos High School. He lettered in four sports at Rancho and upon graduation decided to focus on football. After a year and a half at Golden West Junior College where he made the transition from high school quarterback to college wide receiver, Randy received a football and academic scholarship to Stanford University. He was starting wide receiver in the 1969 and 1970 campaigns. In his senior year, Stanford won the Pacific 8 championship and went on to challenge unbeaten Ohio State in the Rose Bowl. The Stanford team quarterbacked by Jim Plunkett defeated Ohio State 27-17 and Randy caught the final and decisive touchdown in the game. Randy went on to complete his academic career at Stanford, receiving a BA Degree in Political Science in 1972. In 1971 Randy was the 17th draft choice of the Los Angeles Rams. After attending training camp and being released by the Rams, he was picked up by the New England Patriots and reunited with former college teammate Jim Plunkett. Randy went on to play with the Patriots for six years and finished his career with the Green Bay Packers in 1977. In 1974 Randy was elected the Player Representative for the New England Patriots to the NFL Players Association. He became a leader in the Association and served on the Executive Committee for Collective Bargaining. Randy entered the world of business in 1977 when he started the Playoff Sports and Fitness Clubs, and expanded the company to ten facilities by 1981, all located in New England and New York. In 1981 Randy Vataha attended the founding meeting of the United States Football League and helped give birth to the USFL. He became co-owner of the Boston Breakers Football Club, which played its inaugural season at Boston University's Nickerson Field in 1983. The team was moved to the New Orleans Superdome for the second season since a stadium of adequate size was not available long-term in downtown Boston. Randy served as President of the New Orleans Breakers for the 1984 season. Ultimately, the team was sold to new ownership that moved the Breakers to Portland, Oregon when the USFL decided to change its spring schedule to the fall. After returning to Boston in late 1984, Randy became a partner and vice president in the world's largest executive search firm at that time, Korn-Ferry International. While doing a search for Bob Woolf Associates Inc. , a sports agency that represented athletes and entertainers in contract negotiations, Randy's long-time friend and company founder, Bob Woolf, asked him to consider taking the position of Chief Executive Officer. Randy agreed and became CEO of Bob Woolf Associates Inc. in March of 1986. Randy negotiated major contracts and oversaw the daily operation of the Company which represented a virtual "Who's Who" roster of sports and entertainment superstars including Larry Bird, Tom Glavine, Joe Montana, The New Kids on the Block and Larry King. In 1994 Randy, along with his partner Robert L. Caporale, formed Game Plan LLC. Game Plan provides consulting and investment banking services to the sports and entertainment industry. The company's primary function is to represent professional sports teams or potential owners of professional teams in their acquisition, sale, financing and/or capitalization. Some of Game Plan's transactions include acquisition of the Golden State Warriors, Boston Celtics and LA Dodgers and the sale of the Ottawa Senators and St. Louis Blues. In 2005, Game Plan conceived and financed an unprecedented offer to purchase all thirty NHL teams for $4. 5 billion with the plan of restructuring the NHL into a single entity company. Randy is probably the only person in the United States who has been a professional player, sports union negotiator, team president and owner, sports agent and sports investment banker. Randy is married to the former Deborah Ayn Young of Garden Grove, California, and is the father of three children, Collin, Kyle and Courtney.